The Truth about Milk! 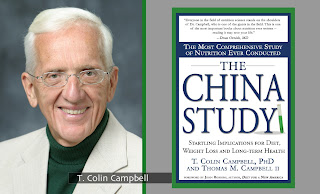 There is a very interesting book that came out about 6 years ago called "The China Study" by Dr. Colin Campbell.  I first heard about it at a fitness conference last year and just got through reading it.  Even though it was a national bestseller, I doubt that too many people have read it or even heard of it, unless they are in the nutrition field.

The China Study details the connection between nutrition, cancer, heart disease and diabetes.  Early in his career, as a researcher with MIT and Virginia Tech, Dr. Campbell worked to promote better health by eating more meat, milk and eggs -- "high-quality animal protein ... It was an obvious sequel to my own life on the farm and I was happy to believe that the American diet was the best in the world." (he was raised on a dairy farm)

Later, he was a researcher on a project in the Philippines working with malnourished children, to determine why so many Filipino children were being diagnosed with liver cancer, which is an adult disease. The primary goal of the project was to make sure that the children were getting as much protein as possible.   Dr. Campbell states, "In this project, however, I uncovered a dark secret. Children who ate the highest protein diets were the ones most likely to get liver cancer..." He began to review other reports from around the world that reflected the findings of his research in the Philippines. He started an in-depth study into the role of nutrition, especially protein, in the cause of cancer. The research project culminated in a 20-year partnership of Cornell University, Oxford University, and the Chinese Academy of Preventive Medicine, a survey of diseases and lifestyle factors in rural China and Taiwan. This became known as The China Study.

The findings were undeniable "People who ate the most animal-based foods got the most chronic disease ... People who ate the most plant-based foods were the healthiest and tended to avoid chronic disease. These results could not be ignored," said Dr. Campbell.
It was also found that the casein, the main protein present in cow's milk, was the most carcinogenic animal product, promoting cancer growth as well as increasing blood cholesterol and artery plaque.

Americans drink the most milk, as we are told that we need to for strong bones and teeth, but we also have the highest rates of osteoporosis in the world.  Animal protein is highly acidic, which means our blood and tissues become more acidic.  In order to neutralize the acid, the body pulls calcium from the bones, which weakens them.  This has been documented as early as 1920 and studied in detail since the 1970's.  But the dairy industry continues their marketing campaign to get us to keep drinking milk!  (by the way, you can get more calcium from a cup of greens than a cup of milk!) 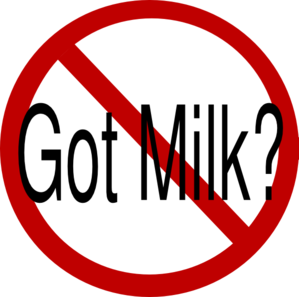 The information disclosed in The China Study, although based on thousands of scientific and reputable studies, unfortunately will not make headlines in our local newspapers. It is too controversial and would have too negative of an impact on big business.  As Dr. Campbell relates, "After a long career in research and policy-making, I have decided to step 'out of the system'. I have decided to disclose why Americans are so confused," said Dr. Campbell. "As a taxpayer who foots the bill for research and health policy in America, you deserve to know that many of the common notions you have been told about food, health and disease are wrong. I propose to do nothing less than redefine what we think of as good nutrition. You need to know the truth about food, and why eating the right way can save your life."


Bottom line is:  consuming too much animal protein is shown to promote cancer, diabetes, heart disease and obesity while plant protein will protect your body from disease and cancer.    Since I have had skin cancer, I stopped drinking  milk after hearing this report last year and have not had any more places pop up in 1 1/2 yrs when I was regularly going in to the dermotologist to have something removed about every 6 months.  We all have the ability to have cancerous cells based on the amount of  exposure to toxins, etc. but it is WHAT YOU EAT that determines if the cancer grows and spreads.  I don't miss dairy milk one bit and love almond milk (it has more calcium than dairy) plus it doesn't bloat..  Another change I made is to eat more meatless meals and much  smaller portions of animal protein.  I also drink green smoothies almost every day.

Those who want to improve their health with better nutrition, especially if you have had cancer, with a bonus of weight loss, make this your summer read!  It may not be as exciting as "50 shades of grey" but could it change your life!

Posted by Fitness After Fifty at 10:44 AM

Fitness After Fifty
As the owner of Trim Up Fitness for Women in Matthews, NC, and having just turned 5-0, I am very interested in fitness and wellness for women as we age. At this point in my career, my focus and purpose is to help women make their health a priority. I hope to bring more awareness, education, support and encouragement to the sisterhood. Women are naturally caregivers, often neglecting their own needs until it is too late!